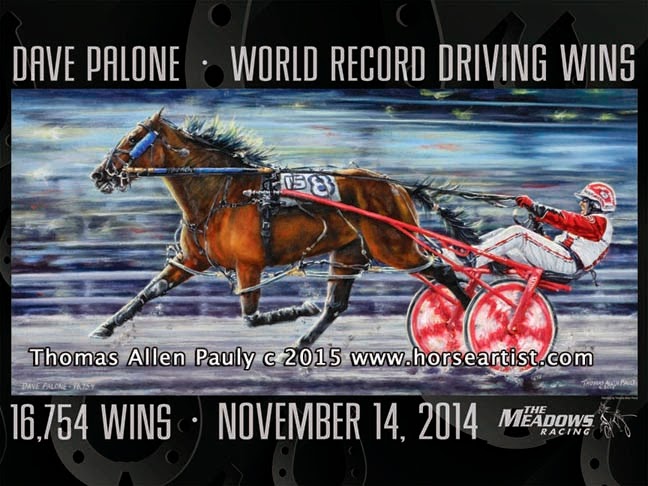 The occasion is the annual “Night of Champions Celebration” presented by The Meadows Racetrack & Casino and the Meadows Standardbred Owners Association (MSOA). Beginning at 6 PM, fans may meet Palone and Burke and receive posters autographed by the two champions and mugs honoring their achievements (while supplies last).
Also participating will be noted equine artist Thomas Allen Pauly, whose painting of Palone getting career win 16,754 — the victory that made him the world’s “winningest” harness racing driver — will be featured. Palone was inducted into the Harness Racing Hall of Fame in 2010. For his part, Burke has been North America’s leading trainer for six consecutive years and, in 2014, smashed his own record with more than $28.3 million in earnings. Both Palone and Burke are based at The Meadows.
Posted by THOMAS ALLEN PAULY www.horseartist.com at 7:52 PM No comments: